Lords of the Marshes 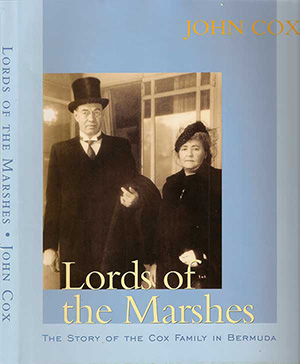 The Story of the Cox Family in Bermuda

From obscure beginnings in England, Lords of the Marshes chronicles the ascent of the Cox family in Bermuda, culminating with the life and letters of the late Sir John Cox who became a leading political and business figure in twentieth century Bermuda. Through the lively letters and journals, prominently featured throughout the book, one is given a first-hand look at the Island’s history in microcosm.

Starting with seventeenth century Florentius Cox who was a ‘pillar’ of the Assembly, to the eccentric Frances Cox who slept in a coffin, Lords of the Marshes touches a chord in all of us because it is a human experience as told by generations of those, like ourselves, who strived to be the best they could, whatever their circumstances.